The Home Show offers a chance to show off your fish, your aquascapes, and your home. Each year, a team of photographers, videographers, and judges caravans all over the Puget Sound area, invades each participant’s house for an hour, and awards prizes.

8 homes, self-shot due to quarantine

One natural disaster after another...

Another 200 miles, another twelve homes!

Amit Bapat shows off the sump of his 80-gallon aquascape.

We drove 150 miles over the weekend of January 12th, saw twelve homes!

We drove 175 miles over the weekend of March 19th, saw twelve homes!

The 2011 show was produced yet again by Roy Slettevold! We drove 275 miles over the weekend of February 19th, saw ten houses, judged 26 tanks, and presented at the March meeting.

The 2010 show was produced again by Roy Slettevold, and featured a whopping 14 houses, visited over the weekend of January 30th, and presented at the March meeting.

Our 2009 show was coordinated by Roy Slettevold the weekend of May 30, and presented at the June meeting.

The 2008 show was produced by Matt Staroscik. Folks took their own pictures in May, and and judging was held virtually. 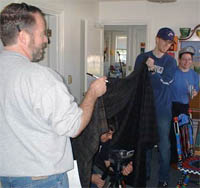 The show was produced by Jeff Stewart and took place on March 24, 2004. 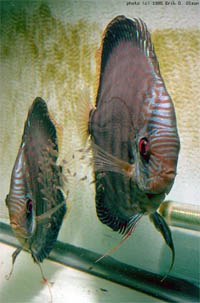 Producer was John Clemence. Here are a few selected photogaphs from May 1994 by Erik Olson -- though it’s kinda passe now, it was a big deal to have these digital on the web at the time!